Beyond the “Its All One” Approach – A Celebration of Diversity A mark of familiarity with Buddhism is to become aware of the diversity of Buddhist schools and sects, Buddhist views and philosophies and the diversity of Buddhist audiences. One could be surprised to encounter Buddhism in different settings and find out that there are radical differences from context to context. Our information age offers encounters with traditions from different countries, lineages and teachers. It is an avalanche. At times it can present a bit of a maze, but this diversity offers a diverse array of resources for understanding our mind, our world and ourselves. If you are looking for the one “truth” you won’t find it. Instead you will find something more honest, more real – life in all its vivid complexity.

Ideally if one knows and understands Buddhist history one could never have bigoted views because the tradition itself is fully of paradox, contradiction, questions and contestations. This could work against fundamentalism. This favors a sense of appreciating diversity. Tradition might become an ambiguous word to use – because tradition is defined in different ways by different people at different periods in history. Tradition and diversity could seem like opposing terms but they are not necessarily. While Buddhist traditions all share basic teachings such as non-self, emptiness and the five precepts in common, they understand these teachings in many different ways. So, Buddhism is a “tradition” in the sense of a focus on a particular set of questions. This is one of the strengths of Buddhism  – its history contains a massive collection of vigorously debated, highly contested philosophies about who we are and what the purpose of life is. Far from being something problematic, these contradictions are rich, inspiring and useful. It is useful when one is exploring the big questions of life because some of history’s greatest thought leaders have vigorously debated and explored these issues. Its helpful and even mind blowing at times to eavesdrop on such dialogues in Buddhist literature and history because it challenges our own views and assumptions (including our views and assumptions about Buddhism).

Understanding Buddhism’s diversity from the beginning can be helpful because it allows for heightened attention. An idea like “its all one,” can be problematic because it can obscure important distinctions. It could lead to overlooking interesting and important differences. The only way to make it through the maze is to approach each teaching in its own context. In the same way that mexican food has a certain flavor and features, which japanese food has another flavor and emphasizes other features, as we feast on the array of Buddhist forms we can come to appreciate what we are encountering with attention to its specificity and detail. We can appreciate that each one has its gifts and distinctions. Community of Buddhist Yogis at the MahaSiddha Center Berkeley California Tibetan Yoginis, Wearing the red and white shawl of the Ngakpa robes

One answer in response to the world of diversity could be never to be anything, not to identify as a Buddhist or any kind of religion, to hold back and just sample everything. But it is impossible to do everything. It is impossible to learn everything. We have to make choices. Due to impermanence and the limits of time we have to choose priorities. To understand anything in-depth requires time, commitment and continuous exposure. Otherwise we would remain only on the surface, familiar with everything but having a thorough understanding about none of it. The power of a pluralistic society and the information age is our exposure to so many teachings and it can also be one of the great limits to our development.

If we dig ten feet deep every day hoping to strike water and don’t find it, this may be because we are digging in too many places. To strike water and we have to be in one place and dig deep. To learn anything we have to spend time with it. To grow requires discipline. There is no depth without discipline. Just like any athlete knows, so too if we want to hone our understanding and presence, we have to work within the context of a discipline. Without a container, no matter how much water is spilled, the water spills out in every direction and eventually evaporates. So we are faced with choices and we are faced with diversity. Therefore, where could we begin?

We could begin with where we are. We are only going to encounter so many things. We are only going to encounter so many teachers and teachings directly. Our actual circumstances will only contain so many doorways, and we can follow only so many leads. We have to work with that which we have direct access to and can strike up some kind of connection with. Then we should seek to understand that thing, to connect with it in context. There is no such thing as one right way. However we can seek to understand the way that is in front of us, how and and why it works.

In Tibetan Buddhism the teachings are often started with an introduction to the notion of Buddhist vehicles. I have heard so many teachings that began, “The Buddha gave 84,000 different kind of teachings.” That seems like an overwhelming place to begin. But perhaps that is the point. We can begin from appreciating that whatever we are learning has a particular context. It has a particular view and history and their are other views. This sets us up for a certain kind of learning, learning without a bigoted mind, learn without self-righteousness, learning with respect for other ways of knowing. It also serves to set us up for a different kind of identity. Instead of being “right,” pure or superior, we are situated in a sea of knowledge. We have to swim in the waters we are in, and yet simultaneously we are aware of a vaster context. There is a great big ocean of more and more knowledge and diversity. That mind set creates room to grow, room to question our own views, room to see other perspectives and yet, also, simultaneously room to be where we are. I think this is the reason that understanding Buddhist doxographical categories is so useful, whether one is a Buddhist or not.

We can see that at different points in time in India and Tibet (and other countries) Buddhists organized their own diverse views in many different ways according to their own particular interests. They adapted and understood themselves according to the communities they were connected to and the historical figures that they identified with. It changed as it travelled from country to country.  Today those categories are relatively stable and known according to three many categories of religious view and practice, or in the Nyingma tradition, nine different categories. So, although there may be generally 84,000 different kinds of Buddhist teachings, in Tibetan Buddhism we can understand them essentially in three main categories.

The different schools of Tibetan are generally organized according to these categories known as vehicles (Skt Yana). Depending on which sect of Tibetan Buddhism one might learn within, the yanas are a way of organizing the Buddhist teachings into categories based on where they start, how they proceed and where they are going (the base, path and fruit). Generally two main ways of grouping Tibetan Buddhism are based on the notion of Hinayana, Mahayana and Vajrayana (in the new translation schools such as Kagyu, Gelug, Sakya and so on). Or in the Nyingma tradition the teachings are organized into the category of Sutra, Tantra and Dzogchen. Generally these categories rely on the metaphor of “yana” a vehicle because they are the vehicle that carries us to awakening understanding and awareness. Also how these vehicles are organized is a clue to the emphasis that each tradition has. Nyingmas tend to emphasize Buddhist Tantra and Dzogchen and therefore two thirds of the Buddhist teachings are envisioned in this way. According to the Nyingmapas, Sutra represents the Hinayana and Mahayana teachings which are focused on renunciation, the discovery of lack of concrete self and compassion. Tantra represents five different systems of gradually approaching sacred experience from being outward and external, to identifying with it quite personally, where one begins to view oneself as being endowed with Buddha-nature. Finally Dzogchen, also known as the great completion or great perfection teachings, which emphasize naturalness and presence. In these vehicles some teachings advocate renouncing the world, others advocate embracing experiences as part of the path. Some are taught by celibate clergy, others by the non-monastic clergy of Buddhist Yogis (Ngakpas, Ngakmas, Naljorpas, Naljormas).

All these different categories of Buddhist teaching reflect something fascinating and potent about Buddhism’s understanding of itself. We could think of it as nothing more than sectarian politics and struggles for legitimation but that would be reductionistic. In the lives of religious people, Buddhism’s own self-conscious understanding of its own diversity presents a possibility for how to encounter a diverse world. Beyond the monistic idea of seeing everything as one, we could possible approach things with awareness of their particular principles and functions, their particular contexts and histories. We could see the teachings in some way that is beyond the idea of “all one” and beyond the biased approached of seeing them as hierarchical. Instead we could understand how each one has its place. This only heightens our capacity to ask questions, to question our own minds, because it requires understanding things in context. That way of looking at things gives us a basis to appreciate the complexity of history and hopefully also opens up a capacity to appreciate the complexity of experience. 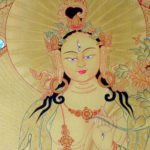 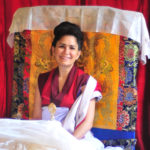 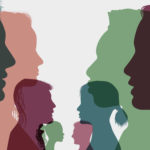