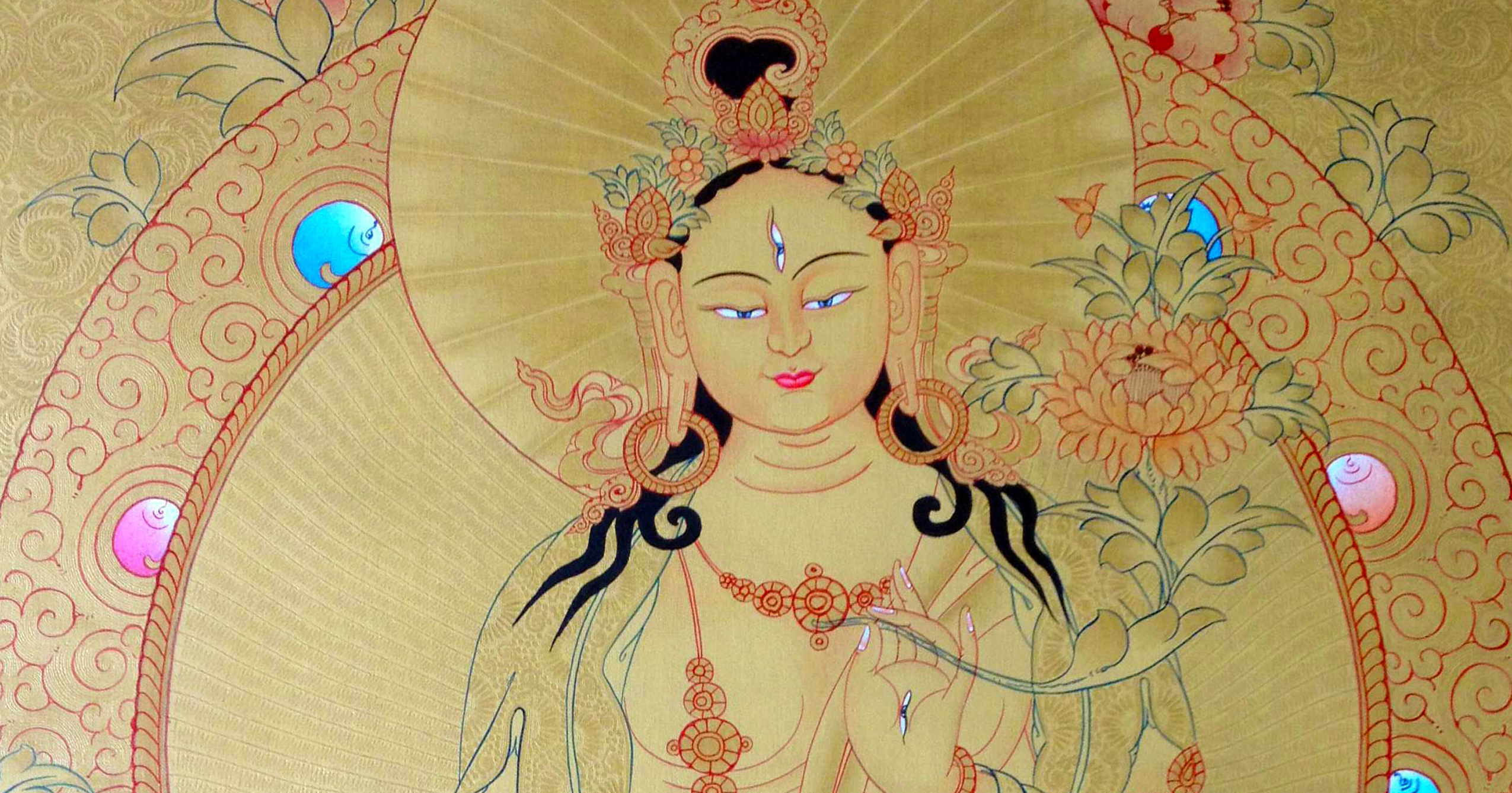 This is a week-long series about the practice of compassion and care in troubled times. In the face of trauma, fear, aggression… what is the place of love and empathy? In the midst of moral outrage and the imperative to change society, how do we proceed without magnifying aggression and hate? This series is dedicated to contemplating possibilities for facing difficulties with a mind set upon altruistic action and connection with others. The “Bodhisattva” is a Buddhist term for a person dedicated to care for self, others and the world through compassionate action.

Join internationally renowned Buddhist scholar and teacher, Pema Khandro and esteemed guests n this week-long event dedicated to opening up a conversation about how Buddhist values might unfold in the midst of an avalanche of intense situations. Weekday interviews followed by Saturday retreat on The Guide to the Bodhisattva’s Way of Life.

Monday, August 24th – Pema Khandro
Pema Khandro is the founder of Ngakpa International, the Buddhist Studies Institute, Dakini Mountain Retreat, and the Yogic Medicine Institute. Ordained in the Nyingma lineage, enthroned as a tulku, and trained as an academic, Pema Khandro’s teachings celebrate the dynamic coalescence of tradition and the modern context.

Tuesday, August 25th – Dr. Jan Willis with Pema Khandro
Dr. Jan Willis is professor emerita of religion at Wesleyan University and is currently a visiting professor at Agnes Scott College in Decatur, Georgia. She has studied Buddhism with Tibetan teachers for more than forty years and is the author of the memoir Dreaming Me: Black, Baptist, and Buddhist.

– Geshe Sonam & Pema Khandro
The Guide to the Bodhisattva’s Way of Life
Geshe Sonam is an English language interpreter for the Dalai Lama. He holds the Geshe Lharampa degree, the highest possible degree for a Buddhist Scholar.

*When you register for one evening conversation you will automatically be invited to all the weeknight dialogues.
Register for Saturday’s daylong program here: Guide to the Bodhisattva’s Way of Life

Pema Khandro
Pema Khandro is a Tibetan Buddhist teacher, humanitarian and scholar specializing in the philosophy and practice of Tibet’s Buddhist Yogis. Her mission is to make in-depth Buddhist education accessible, to open the doorway to the great treasures of philosophy, meditation, medicine and art contained in Tibetan Buddhism. Pema Khandro is the spiritual leader of the Community of Buddhist Yogis in North America, she is the founder of Ngakpa International, the Yogic Medicine Institute, Dakini Mountain, and Ngakpa House, a charity which supports the education of children and elders in the Himalayas. Pema Khandro is an authorized Lama and lineage holder of…
Learn more about Pema Khandro